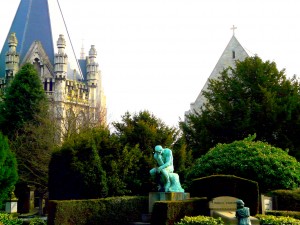 Although the royal family has a perfectly good palace in the heart of Brussels, they seem to prefer to spend their time in the leafy suburb of Laeken. And whileĀ non-royals can’t actually enter the palace without a formal invitation, Laeken makes a great family outing.

From the Laeken metro stop, you can take a smooth stroller ride to catch a glimpse of the Royal Palace, a Chinese Pavillion and a Japanese Tower. Nearby are the lovely gardens of the Jardins du Fleuriste, the great modern playground and duck pond at Sobieski Park, and the creepy Gothic splendor of Laeken Cemetery. 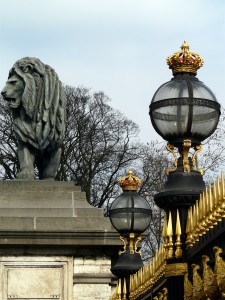 The Louis XV style palace was built in 1772 as a residence for Albert von Sachsen-Teschen (say that ten times fast!), then Governor of the Austrian Netherlands. Napoleon purchased it in 1804 and owned it until his defeat at the Battle of Waterloo, when it became property of King William I of the Netherlands.Ā  After Belgian independence in 1830, King Leopold I received it as a gift from the Belgian state. It became the royalsā€™ permanent residence during Leopold IIIā€™s reign.

Youā€™ll only be able to catch a glimpse of the palace from outside the massive gates. Turn around and youā€™ll see the white stone monument to King Leopold I.

As you continue to walk along the outside wall of palace, youā€™ll notice a series of ornate metal and glass greenhouses. Designed by Alphonse Balat (Victor Hortaā€™s mentor) in 1870, the royal greenhouses house a beautiful collection of flora. However, these can only be visited during three weeks in April and May. This is a very popular excursion for local families so make sure to allow plenty of time for crowds. Cost of the visit is 2.50 euros for adults, free for children under 18. Check www.monarchie.be for annual schedule. 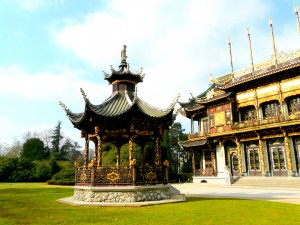 You know how sometimes traveling inspires you to redecorate when you get home. Well, thatā€™s what happened when King Leopold spotted a Japanese Tower and Chinese Pavillion when visiting the 1900 Paris World Fair. He got home and decided he just had to have them. So he commissioned French architect Alexandre Marcel and voila!

Located just around the corner from the palace, the striking buildings have been turned into museums containing Chinese porcelain and Japanese art, respectively. While a visit might be tedious with kids, itā€™s worth walking by, if only to witness the royal follies of yore. 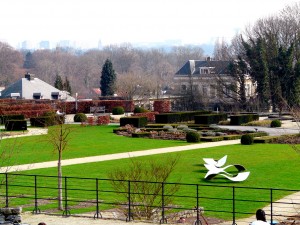 Sitting on over 10 acres, the Jardin du Fleuriste is a superb garden just a short stroll from the Royal Palace. The gardens were first planted by Leopold II in the 19th century and originally included fruit trees and a tropical garden. It later became a growing field for plants that were transferred to parks all over Brussels. It quickly fell into disrepair, however, until its redesign and revival in 1999. Today, itā€™s a lovely garden that marries history and modern design. The top terrace offers a nice view of Brussels. Take the garden path down to Sobieski Park, a great modern playground and duck pond. 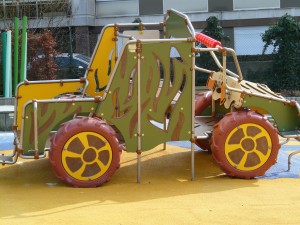